This pixel car racer guide to play the game will help you understand unknown secrets about the game.

Pixel Car Racer is a unique kind of racing game, and if you love to play racing games, then you probably tries out this version of the game.

Pixel Car Racer is designed differently from entire racing games. The graphics of Pixel Car Racer are pixel graphics, and this is why most of the players who play it enjoy it as well.

Pixel Car Racer is very simple, but players have to put so much effort and also need to unlock so many cars too.

Gameplay and graphics of Pixel Car Racer make it none of a kind game, and the developer of this amazing game is Studio Furukawa.

Everything in Pixel Car Racer is unique, and every location and every car in the game is unique and special.

Players can moodily the cars and that is a great thing but for doing that player need to have so much game money and also cars to do so.

You may also like to read :- The Sims Mobile Cheats to Progress

Pixel Car Racer Guide to Be At Top and Win Race

In the Pixel Car Racer, camera angles and racing of car is different. If you love to play unique games, then Pixel Car Racer will be a perfect game for you.

Experience matters so much, and Pixel Car Racer gives an addictive and interesting placement to the gamers in the game.

Every player loves to win, and when it comes to racing games, then player just look for top ranking.

In order to get in the top ranking, players have to make their start perfect and with complete perfect timing. Players also follow the suggestions given on the pixel car racer cheats to be able to be on top of the leaders board on this game.

In Pixel Car Racer, timing is the key because once you are left behind in the race, then it can be hard for you to win the race because it’s a face-off racing game.

You have to compete with one opponent, and when you both have the same level of the car then it can be hard for you to win after having a bad start of the car.

That is why always starts the car in the right and in the perfect way so you will be in the race from the beginning.

There are so many great things are available in Pixel Car Racer, and if you love to modify the cars in their appearance, then you are playing a perfect racing game.

It is true that at the beginning of the game, players don’t have much money to spend, but as players play races and win from opponents, and then they can modify the car.

In Pixel Car Racer, many unique kinds of tires available, and for every car, different kinds of tire are available. Some cars are so great, and players can modify them as well.

From tire to body color and design, everything can be changed, and it just requires game money, and that can be increased by winning the racing. 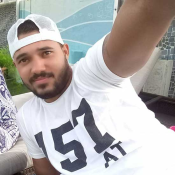